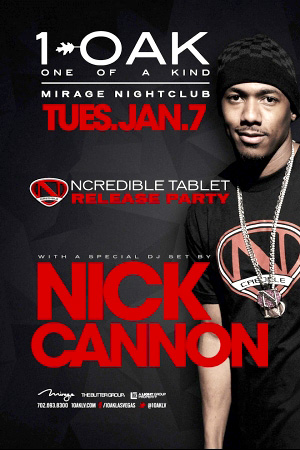 It’s a One of a Kind Tuesday night in 2014 with a CES party featuring the release of the all-new Ncredible tablet! Nick Cannon, will be on hand for a special guest DJ set. So make sure to schedule Tuesday night at 1 OAK into your CES plans and have an Ncredible time.