Ncredible’s Kreesha Turner Gains Second Life In Being Herself

I’m sitting in Toronto’s Soho Hotel lobby waiting for Canadian pop-singer-turned-reggae-dancehall-princess, Kreesha Turner, to come downstairs. It’s been three days since I last conditioned my hair, so I’m trying to find a bathroom where I can at least wet some of the nappiness away, because I know damn well that Kreesha’s about to arrive with perfect hair and make up. Since being signed in 2006, Kreesha has been presented as our favourite girl next door, a theme reflected in everything from her lyrics to her image. But recently, she appears to be going to great lengths to scrub away this squeaky-clean image. I don’t know which version of Kreesha I’m going to meet. Is she going to show up with straight, or curly hair? Will she be dressed like she’s going to the Kids Choice Awards, or like she’s auditioning to become Nicki Minaj’s best friend? And then I see her: a head full of curls bouncing everywhere and a bright and sexy outfit to match the bad gyal attitude and patois-heavy accent she greets me with. She no longer looks or sounds like the bubble-gum cookie-cutter pop star her previous management company made her out to be, and she’s visibly thrilled about that.

As the star behind the radio-hit “Don’t Call Me Baby” Turner claims to have been maneuvering her career with little to no control over her image. That’s not surprising, since pop artists like Kreesha who have a track on regular radio rotation tend to be groomed in such a way that appeases their management and labels. What’s more questionable is the new direction Turner is heading while now being under Nick Cannon’s management at N’Credible Entertainment.

Turner is going from making pop music that can be easily placed on the radio, to music that lies in the murky area between pop and hip-hop music. She’s throwing herself into the lions den with the likes of other artists like Iggy Azalea and Nicki Minaj, who are often criticized for the authenticity of their own style and accused of jumping onto whichever bandwagon is currently in the lead. One day they’ll be topping the charts with music marketed as one genre, before switching to another seemingly overnight. We sat down with Turner to talk about her new direction and her video for “MJ”. She creeped me out by showing me how easily she can go back and forth from sounding like an average girl next door to a patois speaking bad gal, and she also taught me how to take care of nappy hair.

Noisey: It’s obvious that you are going through a lot of changes right now, but is the album you’re working on still titled Evolution Inevitable?
Kreesha: We’re still playing with it, Evolution Inevitable is something me and my executive producer have been hashtagging for almost a year now.

It sounds like a title that would fit perfectly with what’s happening with your career right now.
Yeah, honestly, I feel like I have to explain that to everybody. I first got signed in 2006 and before that I was in the underground hip-hop scene for like 4 years, and everything that I did was a mixture of dancehall R&B and hip-hop. It wasn’t until I got signed that the label took me and pulled me all the way to the pop side and got me straightening my hair. For me, I am a Canadian Jamaican, I don’t know, for us cultural girls we always go in and out of speaking the dialect (patois) and it’s just a part of my everyday, but in my interviews they’d be like ‘don’t come in with that accent.’

How could you just hide the accent?
(Laughs) “Hello, good afternoon.” (mocking without accent) … Oh yeah, I can hide it. But it’s just always been there and to have to be instructed to kind of put it in my back pocket and hide it, it was just interesting. And I definitely can say that I’ve always understood that when you first enter this industry, at the beginning you will lose control, but the goal is always that with time and with a hopeful desire, you will successfully get past that. And I finally feel like I’m there.

How do you think this new route will be more successful than your career as a pop artist?
Relation. As far as the people that I want to connect with and reach, I feel like our age group and our society, everybody is a mixture of so many things, especially here in Toronto. Same goes for New York, I just did a showcase with Hot 97 and there’s a couple of pools of people that I definitely felt would gravitate to it and find something nostalgic when they heard it. And I understand that it’s a very niche sound so you’re either gonna like it or not, but at the same time, I’m making it for the people that are going to like it. That’s what we do. We know not everyone is going to like our music. Even though we are not doing pop, which has a little bit more broader of an audience, I find something so much more satisfying with what we are doing now because it’s a smaller group of people but a stronger connection.

A lot of females in the industry right now including Iggy Azalea have made the barrier between hip-hop and pop music a little bit murky. How are you going to tackle differentiating the two sounds you’re working with to establish credibility within your new image?
You know, a lot of it is the juggle of publicity and the industry, appeasing labels, appeasing investors and all these different things — and if I were to just make the music that I am making now, one might be able to argue that I wouldn’t get any radio play in the same way I was before. And as much as we all want to not be subjected to having radio play, at the end of the day, since that is part of my history in the industry, that past sound is still one of my main vehicles to keep it. So sometimes, I have to make a song that is a bit more crossover than I might normally make, and I will admit that I have a couple of songs that we haven’t released yet that are bit more pop or radio friendly. But that’s all in part to balance the scale that I am constantly trying to level. So it’s there, and it’s a hard juggling match. And not everybody may have known who they were when they got signed so they are testing different waters and you’re (the listeners) like I don’t really know if I believe them. And I feel like for me, I’m not just evolving, I’m going full circle and I understand and I believe that people will understand that when they get to know me and get to know my music.

What other directions have you changed to support the new route that you are taking?
Since my music before was more pop and cookie cutter and they kind of wanted me to be the girl next door I always had to kind of tone it down and make it more digestible for everybody from 8 years old to 60 years old. But because my music is so much more niche now and I understand the age group and demographic that would naturally be drawn to it, I know they’re not going to be as aghast as an 8-year old or a 60-year old, so I feel like I now have a lot more liberty with the visual direction of my career in addition to the lyrics. I feel like now I get to be a little bit more daring than I probably would’ve originally been back when I was restricted and doing the cookie cutter thing the label had me doing. My skin has thickened and I feel like that same strength and that confidence and that demeanour has also translated into the appearance, the vocals and the lyrics.

Who else will you be working with to help with the new direction?
I’ve had a lot of opportunities to hear feedback from some of the most amazing people in the industry, like veterans. When we first dropped MJ, Missy tweeted it, T Boz tweeted it, we had a lot of online love from people. So to feel that and to know that it was very genuine was amazing. I was just in the studio with B.O.B and I know we have some stuff, we’re also working on this specific track for the Drumline 2 soundtrack. But primarily, I have to say that this entire album is the work between my executive producer Yonni, and I have my writing partner Darron Anthony, and essentially the three of us have created the new sound. So it’s a very close circle. All the features we brought on were basically presented with songs that were done because we definitely felt that the sonics of this entire album are a very specific fingerprint of the three of us.

Were you able to write before in your two past albums?
I was lucky. I did get to write. On my first album I had co-writes to about 5 or 6 songs. And I had the opportunity to sit with some top of the line songwriters in the industry and I felt like I really needed to learn from them and kind of see how they did things. They’d ask me how I would want to start the session and I would be like ‘no no no let me see how you do it, I want to watch you, I want to see how you approach it,’ and I felt like I gained a lot of tools from my first experience. And then on my second album I had my first solo write and I co-wrote the rest of the entire album. I was in Jamaica and that was the start of me infusing my love for dancehall. I feel like this record is finally the correct representation of me far more than anything I’ve ever released. So the lyrics reflect a transition from one amount of control to another, or the evolution of me getting back my power from corporate.

So now that you can freely wear your curls out whenever you feel like it, what kind of hair advice can you pass down to a girl like me with nappy hair?
Your hair can be just like mine. I think the trick with our kind of curly hair is keeping it hydrated. I try to wet it everyday if not every other day. After I wash it I just put in my product, usually a leave-in conditioner. I’m having so much fun with it. From my hair to the clothes I am now wearing. I finally feel like it’s the right representation. 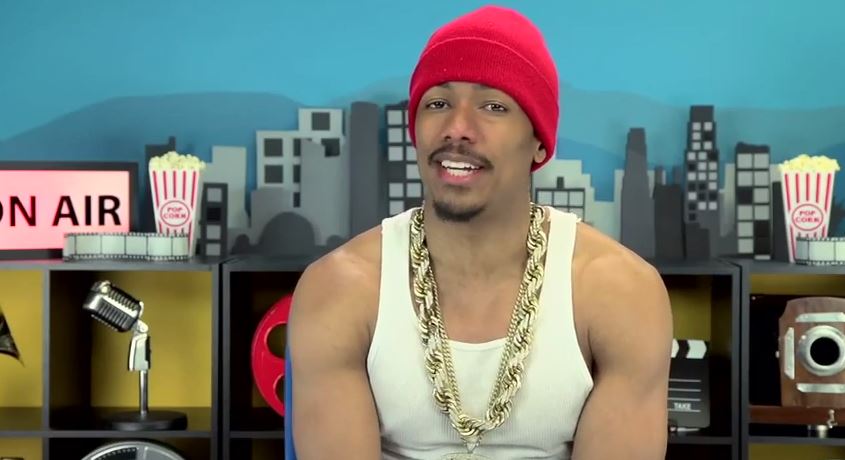