With his ability to keep his finger on the pulse of youth culture, not to mention his youthful appearance, perhaps Nick Cannon has a painting of himself in his attic that’s mysteriously aging.

“Right! It could be, it could be!” Cannon said with a laugh. “I’m still looking the same. I might have to check that out, Dorian Gray style.

On Saturday (August 9) Nick looking very much like a teenage, fresh-faced version of himself hosted the YTV Summer Beach Bash in Toronto. The annual event is all about connecting what kids feel is hot today especially in music.

Nick talked to the Toronto Sun on how he manages to not only stay connected to what’s new, next and hot with the youth but also how he he deals with the relentless rumors and talk about his personal life.

“Man, I’m just a kid at heart. I’ve always loved youth culture, I’ve been a product of youth culture. It’s kind of just ‘staying in the know’ with what’s going on in music and fashion and technology and just being able to speak their language.

“I mean, honestly, I still feel like I’m 19 years old. I’ve always worked in kids’ television, producing and being in front of the camera, and I just kind of grew up in it. I’ve never really left. I just feel that for some reason I’ve been blessed to understand youth culture.”

The bash was pre-taped and will broadcast across the country, Aug. 23 on YTV.

Nick couldn’t have been more excited for the event for several reasons.

“I launched a new guy group called 4Count, and not only is their album coming out, they have some great hit songs that are playing on the radio right now,” Cannon said. “But they also have a television show that’s launching on YTV with Corus, so this was kind of a great way to launch and introduce the band, but at the same time get up there and have some fun in the sun.”

It’s hard to believe Cannon has time for fun in the sun, so it’s a good thing he has fun with his countless projects. He’s 33 now, and has been a staple on the showbiz scene since his late teens. From an audience perspective, Cannon’s most high-profile gig at the moment is hosting America’s Got Talent.

“I feel like it’s all one,” Cannon said. “I would take all the slashes out and just call myself an artist, or an entertainer.

“I kind of pattern myself after those entertainers and artists of yesteryear, and just say, ‘Hey, I’m blessed that I get to wake up every morning and be creative.’ That’s my job and that’s what people pay me to do, so I love it. Before, if you were a great entertainer, you had to do it all.”

As a famous person married to another famous person – Mariah Carey – Cannon also has heard it all, with the personal lives of celebrities not only being scrutinized these days, but basically having become an industry unto itself.

“It comes with the territory,” Cannon said. “I mean, with social media and everything, it is getting a little worse. But as long as you stay true to yourself, you’ll be fine. I mean, the beauty of it is, there’s always a new story tomorrow.”

So now as Cannon maps the career of 4Count, would he advise members of the group to ignore social media? Or is there an expectation that they partake and participate, given their young age?

“It depends,” Cannon acknowledged. “But that’s why I say, stay true to yourself. If you have something to say, stick to it, stand firm on it, but don’t get caught up in it, don’t use gimmicks and media ploys to get attention, that never works.

Wise words from the always youthful Nick (Dorian Gray) Cannon. Seriously, someone check his attic for a gruesome painting.

You can check out more photos from the bash on Nick Cannon Archives. 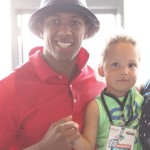 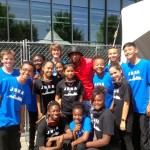 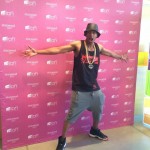 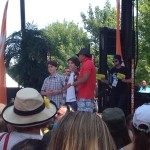 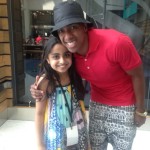 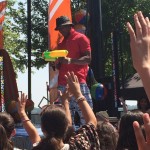