It’s All About the “Cannon Effect”

Nick explores with Rolling Out magazine how his drive and determination have created a successful ripple effect for others aka “The Cannon Effect.”

Also in the interview piece Nick talks about how that effect translated into his assistant Amber Grimes becoming the new head of A&R for his company Ncredible Entertainment.

Check out the article and photo shoot with the two below:
At just 35, Nick Cannon has been in the entertainment mix for nearly 20 years. From hosting “Caught on Camera with Nick Cannonî” to “America’s Got Talent,” both on NBC, to producing the Oxygen reality show “Like A Boss,” co-starring in BET’s “Real Husbands of Hollywood” and his long-running “Wild ‘N Out,” now for MTV2, to running his own company Ncredible and even serving as the chief creative officer for Radio Shack, with a lot of gigs in between, the San Diego, California, native’s work ethic and versatility are beyond question. And the crazy thing is, he doesn’t seem to be slowing down anytime soon.

“I’m grateful,” he says during his on-camera interview for rolling out. Even though he’s dressed to the nines in a houndstooth-patterned suit with a black derby hat to boot, he’s as laid-back as anybody in jogging pants and fresh new kicks. “I get to wake up every day and be creative. That’s my job.”

“Creative” is the only way to describe it and Cannon is not apologizing for just doing him. He just doesn’t know any other way to be.

“Early on in my career, I was always ‘the next this’ person, ‘the Black this’ person and they always tried to categorize what it was that I do,” he explains. “I was like, ‘Naw, I just do me’ and, when you look at the people who have come before us, they established their careers, made their marks their way.

“Back in the day, like Sammy Davis Jr. — all of the greats, Harry Belafonte, all of those people — they did them. They weren’t worried about jumping into somebody else’s lane. They weren’t worried about what the next person was doing. They could come together and collaborate. I feel like this generation has to kind of embrace that a little bit more. Do you and do it your way. Don’t worry about how people perceive you when you’re doing you.”

That’s exactly what gave him the confidence to run with “Wild ‘N Out” with his crew of budding comedic superstars that included Kevin Hart and Katt Williams back in the early 2000s. “Early on nobody understood it, believed in it and didn’t want me to do it,” he recalls.”MTV didn’t get it,” he says. ” ‘What do you want to do? You want to mix hip-hop, comedy and improv?’ they asked.” And Cannon answered by using “my own money” and doing it himself, including directing it.

That “do-it myself” attitude has spilled over into his Steve Jobs endeavors. His company Ncredible does it all as well, from books to toys and more. He just has no limits. When he dreams, he dreams moguldom big.

“I was always inspired by companies like Sony, DreamWorks, even Apple. When you think about Apple, Apple does it all. They’re an electronics company; they’re a media company; they’re an inspiration,” he says. “I know I set my sights high, but that’s exactly what I wish to accomplish.

“Sony makes televisions, but they also make the content that is on the television. That was always my idea. I’ve been super interested in the tech world forever and kind of been a geek in that space that’s generated a lot of money in electronics.”

That tech interest mixed with fun has resulted in the NCredible Rocket Copter, a toy sold in Wal-Mart, online and more that launches up to 150 feet and has LED lights that can be seen a half a mile away. It’s perfect for the father of 5-year-old fraternal twins, Moroccan and Monroe, who launched his career with Nickelodeon and has maintained a good working relationship with the kid-friendly network for many years. Being a father brings him tremendous joy, in fact.

“It’s fun,” he says of fatherhood. “Those are some of the most amazing people that I’ve ever come across. To be like, ‘Yo, I was a part of the process of making them’ and watching them grow. I’m a big kid at heart, so it’s just fun. When we’re together, it’s just smiles and silliness.”

While nothing obviously compares to fatherhood, the lifestyle aspect of his brand that he calls “the Ncredible life” is important to him and he tries to showcase that in his latest reality show venture, “Like A Boss.”

“As an executive and as someone who runs several companies, it’s a mentality. It’s a way of life to wake up every day and be that boss,” he explains. “It’s a boss mentality. It’s just being Ncredible and through that weíve generated the Ncredible app and the Ncredible social network to where it allows young people to be inspired in really whatever their goals are, put their minds to it and achieve it. So it’s really like a lot of motivation, sending out good vibrations throughout the universe.”

His own lifestyle actually played an important role in the development of “Like A Boss.” “I’ve had personal assistants my entire career and I’ve felt like they work so hard and they don’t get the proper shine, especially the ones, the good ones, who start off as assistants and you watch them grow into becoming executives and being wonderful at their jobs and that journey is really compelling,” he says.

The lack of balance in reality shows featuring African American women was another motivator. “When [I] look[ed] at the landscape of reality television, especially that tend to highlight African American females, I was a little disappointed and, when I get disappointed, instead of complaining, I start to create,” he says.

“There’s nothing wrong with being loud and having fun and talking about your dating and personal life. I get that. I understand why that’s entertaining,” he says.

“I would love for my daughter to turn on the television and to see a young lady like Amber [Grimes, Cannon’s assistant] or some of the other young ladies that are on [‘Like A Boss’] that are getting up and working and not always at the club or worrying about where their man at.î

But Cannon swears he’s far from judging the other shows or viewers. “I just want there to be a balance,” he insists. “For every ‘Love & Hip-Hop,’ there needs to be a ‘Like A Boss.’ I’m a huge fan of everything from ‘The Bad Girls Club’ to ‘Love & Hip-Hop.’ I’ve been on those shows, but I need there to be a balance and that’s the issue when it comes to Black entertainment in general,” he explains. “We can get pigeonholed and they think we do one thing and that’s all that we do, but if you can show a very diverse landscape and a variety, [it makes a difference]. For every ‘Apprentice,’ there’s a ‘Jersey Shore,’ ” he says, pointing to a mainstream example.

Cannon admits that he’s far from anybody’s saint and has been known to play weatherman at the infamous “shoe stores.”

“Yeah, you can make it thunderstorm with $5,000,” he says, as he hints at how he blows off steam with his estimated $50 million fortune. “If you got to go to the ATM in the strip club, you [are] not thunderstorming,” he jokes. “That’s precipitation; that’s not a thunderstorm.”

When it comes to the women he dates and the one he married, Cannon says he likes his women powerful and speaks fondly of his famous ex, Mariah Carey. “I feel like, in my marriage, it was all about being able to stand next to a strong, powerful Black woman and still have as much confidence and know-how to have that balance and let that be the example,” he says.

His ex’s reported half a billion empire and global stardom didn’t bother him in the least he says, “because I am overly confident. I am someone who, at times, can feel like my swagger can be on arrogance. It really comes from a place of pure confidence and being secure in who I am. … I don’t need to shine all the time, because, even when I’m in the back, I’m still shining.

And he forever has love for the one-time Mrs. Cannon, even using Twitter to congratulate her on her impending marriage to Australian billionaire James Packer with none of the shade some folks assumed.

“That’s always going to be my family. That’s love. That’s the mother of my children. She gave me the greatest gifts ever and that’s family. Nothing is going to break that apart,” he insists. “If there was shade involved, that would be very immature. It’s all about the well-being of our children. That’s the whole purpose of life. So I want to do that successfully.” 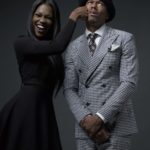 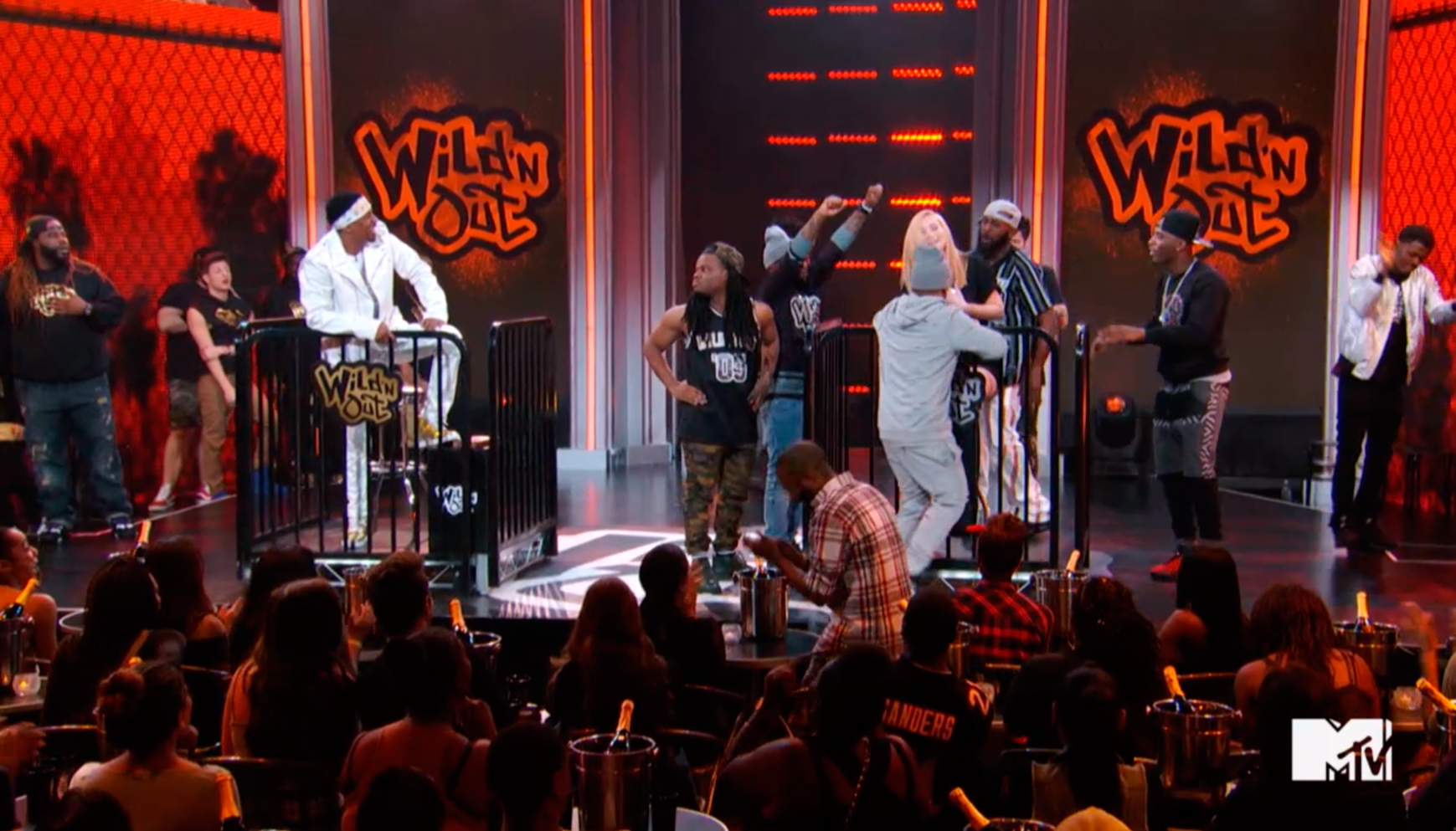