Philanthropists and Greenwich residents Anne and David Ogilvy will be presented with the MMRF Spirit of Hope Award. This award is presented annually to patients, caregivers, family members or advocates who inspire hope through their resilience, perseverance, and dedication to the MMRF and its mission.

“Anne and I are honored and humbled to receive this accolade. As a patient, I am immensely grateful to the MMRF for shifting the paradigm of cancer research and for revolutionizing the way myeloma is treated. Caregivers are the true spirit of hope and I am inspired by my caregiver, my amazing wife, Anne, for her unflappable bravery and strength, as well as my entire family. Without my doctors and the MMRF, I would not be here today,” said David Ogilvy, the president and owner of David Ogilvy & Associates Realtors.

The renowned Grammy Award-Winning singer, songwriter and record producer Smokey Robinson will be presented with the MMRF Courage and Commitment Award. Mr. Robinson is a Rock ‘n’ Roll Hall of Fame inductee and has received numerous awards including the Grammy Living Legend Award, NARAS Lifetime Achievement Award, Howard University Honorary Doctorate, Kennedy Center Honors and the National Medal of Arts Award from the President of the United States.

Both of these awards are presented to people in recognition of their extraordinary contributions and inspiration of hope through their life’s work.

Grammy Award-Winning singer, songwriter and record producer CeeLo Green will serve as the evening’s headliner. The evening’s Master of Ceremonies will be Nick Cannon, the host of NBC’s America’s Got Talent and an entrepreneur, philanthropist, and entertainer.

Janssen Oncology and Takeda Oncology are the evening’s presenting sponsors.

“The MMRF Gala allows us to publicly thank individuals who support our efforts to find a cure for multiple myeloma. We are excited this year to recognize longtime friends and supporters Anne and David Ogilvy as well as musical legend Smokey Robinson,” stated MMRF President and Chief Executive Officer Paul Giusti. “The awareness that we generate and the funds that we raise supports the MMRF’s unique Precision Medicine Model – the promise of delivering tailored cancer treatments based on a patient’s specific genetic profile. This is the future of cancer research.”

The MMRF Fall Gala is the largest philanthropic event in Fairfield County and is attended by over 1,000 supporters including patients, family members, healthcare leaders and business executives – all with a mission to find a cure. The evening includes a cocktail reception, dinner, premier silent and live auctions as well as world-class entertainment. It is always an uplifting, moving event.

The Multiple Myeloma Research Foundation (MMRF) is one of the leading cancer research organizations worldwide. MMRF’s groundbreaking precision medicine model is the only end-to-end solution in cancer research today and the foundation is leading the way in the fight against all cancers with a goal of finding a cure.

Multiple myeloma is a cancer of the plasma cell. It is the second most common blood cancer. An estimated 30,330 adults (17,900 men and 12,430 women) in the United States will be diagnosed with multiple myeloma in 2016 and an estimated 12,650 people are predicted to die from the disease. The five-year survival rate for MM is approximately 47%, versus 31% in 1999.

The Multiple Myeloma Research Foundation (MMRF) was established in 1998 as a 501(c) (3) non-profit organization by twin sisters Karen Andrews and Kathy Giusti, soon after Kathy’s diagnosis with multiple myeloma. The mission of the MMRF is to relentlessly pursue innovative means that accelerate the development of next-generation multiple myeloma treatments to extend the lives of patients and lead to a cure. As the world’s number-one private funder of multiple myeloma research, the MMRF has raised $300 million since its inception and directs nearly 90% of total budget to research and related programming. As a result, the MMRF has been awarded Charity Navigator’s coveted four-star rating for 12 years, the highest designation for outstanding fiscal responsibility and exceptional efficiency. 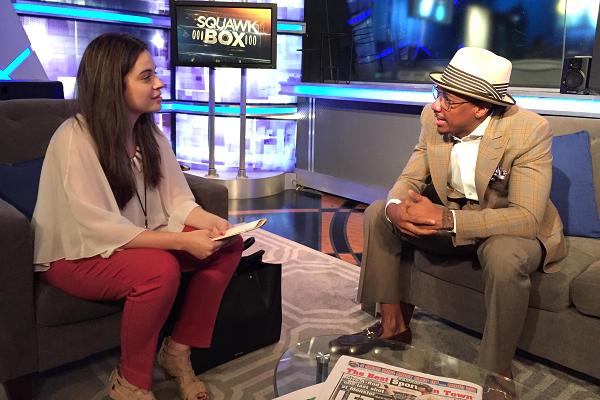