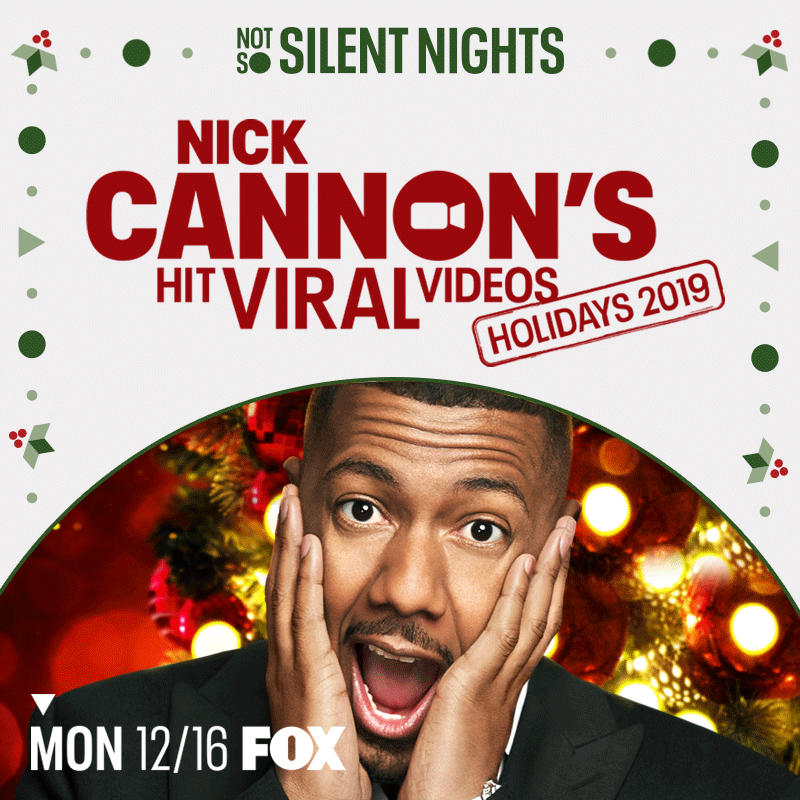 Nick Cannon is looking to bring some holiday cheer with his all-new clip show special Nick Cannon’s Hit Viral Videos – Holiday 2019 on Fox. The special is set to air on December 16 at 8 pm.

The special will feature some of the funniest and most unbelievable viral videos from the holidays. Join in the Yuletide schadenfreude as Cannon shares holiday mishaps as well as adorable pets, mischievous kids and everything in between.

Joining Cannon will be a roster of celebrity special guests including Kelly Osbourne, Jeannie Mai and J.B. Smoove.

The special is part of Fox’s Not So Silent Nights programming. After sharing some fun holiday viral videos, Cannon will be seen again on December 18 as he hosts the season two finale of The Masked Singer.
(via www.deadline.com)