Trailer for Nick Cannon’s film “She Ball” is released 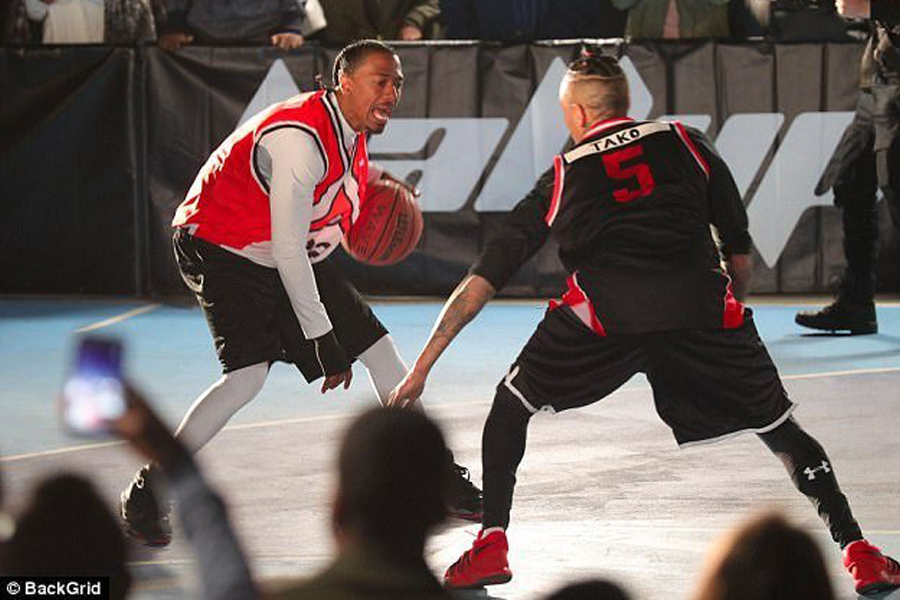 Nick Cannon and Chris Brown are about to be ballin’ on the big screen in their upcoming flick, She Ball.

The mogul has joined forces with Birdman’s Cash Money Films to bring this basketball movie to theaters next year.

In addition to starring in the project, Cannon wrote, produced, and directed She Ball. Brown and Birdman serve as producers and also star in the film alongside Cedric the Entertainer, DC Young Fly, Evan Ross, and Faizon Love.

Cannon announced he was working on this movie two years ago about a female basketball player who defies all odds. “She Ball, is about community, and the inclusive nature of controlling your own background,” says Cannon. “It’s a story that doesn’t have any boundaries. It’s a sports movie, it’s a love story, and it’s a comedy. I grew up on movies like Above the Rim, Love & Basketball, and even Save the Last Dance. It has a little bit of a combination of these three movies but with its own message. It’s an action-packed movie that’s full of laughs, but at the end of the day it’s really just a great story about human connections.”

He added, “Birdman and I have been talking about doing movies together for so long and it finally all came together on this project. Chris Brown who is like family to me and such a visionary is truly one of the most gifted and talented spirits to ever grace this planet!”

She Ball is coming to theaters in February 2020, and of course, the soundtrack will be handled by Cash Money Records/NCREDIBLE. (Source: www.thesource.com)

Check out the trailer below: